Idaho agriculture, which accounts for 20 percent of the total economic output in Idaho, could be in for changes as President Trump leans towards scrapping the North American Free Trade Agreement (NAFTA), and as renegotiations continue between the United States, Canada and Mexico.

NAFTA is a free trade agreement that began in 1994 between the three largest economies in North America that, among other things, largely eliminates tariffs on goods and services traded across their borders.

Between 1993 and 2016, the value of agricultural exports to NAFTA partners has increased from $7 billion to $11 billion. That increase is important in Idaho, where $2.2 billion worth of agricultural products were exported internationally in 2014.

The idea to get rid of NAFTA struck a chord with voters during the presidential election in Michigan, Pennsylvania and Wisconsin, states characterized as once having manufacturing as an instrumental part of their economies, and who had all voted for democratic presidents in the recent past before voting for Donald Trump in 2016.

This shift in support from one party to another is reflected in the history of NAFTA, which began in the Reagan administration.

Trade deals with Israel and Canada during the 1980s laid the groundwork for thinking in terms of international free trade in the United States.

Then, during the Bush Sr. administration in 1990, negotiations for a bilateral free trade agreement between the United States and Mexico began. Canada joined the negotiations the following year in order to ensure that the United States would not be the only country in North America with tariff-free access to the whole continent.

The deal, which became NAFTA, was signed by President Bush, the prime minister of Canada and the president of Mexico in late 1992.

Governor Bill Clinton, as a presidential candidate, said he would be willing to support NAFTA during his presidency if there were supplementary agreements that standardized environmental and labor regulations for the three countries.

These agreements would satisfy his democratic constituency, many of whom were wary of the deal’s potential to hurt American jobs and the environment.

However, this did not satisfy the Democrats in Congress, many of whom feared that ratifying NAFTA would lead to a loss of American jobs to Mexico, where labor was cheaper and environmental regulations were less strict.

After Mr. Clinton was elected president, he pushed Congress to ratify NAFTA. Congress narrowly voted in favor of ratification in November 1993, but with heavy opposition from Mr. Clinton’s own party in both the House and the Senate.

NAFTA came into effect in 1994, the year after it was ratified in Congress, and NAFTA has continued, largely unchanged, until this year.

As the negotiations have continued, many involved with the agricultural industry have voiced their concerns regarding overhauling NAFTA. Many of these concerns are relevant to some of the top agricultural exports in Idaho, which will be discussed in the next installment.

Idaho returns home to take on Louisiana-Monroe this Saturday at the Kibbie Dome, and coach Paul Petrino says he has great respect for ULM’s coaching staff and how hard their players play:

The Warhawks won their first three Sun Belt games, but have dropped their last two against Georgia State and South Alabama.

The Vandals hope to snap their three-game losing streak. Idaho is 5 and 3 all-time against ULM, including wins each of the last two seasons. 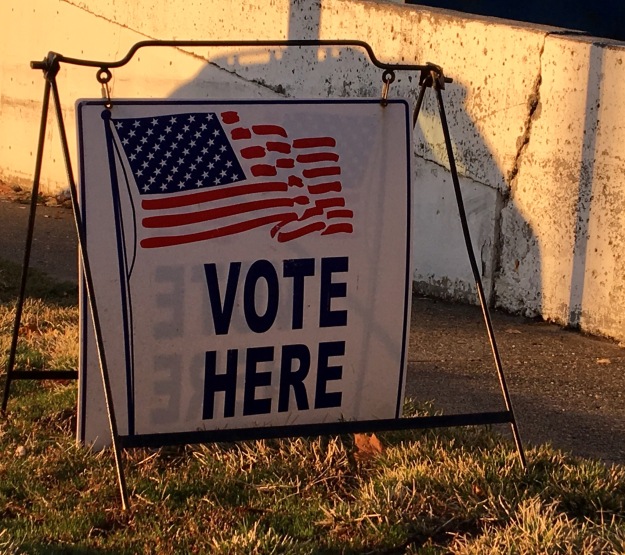 When voters go to the polls on November 7, they’ll be making decisions in local political races all across the county.

Mayoral races are on the ballot in Moscow, Onaway, Genesee, Bovill, and Kendrick.

In addition, Genesee voters are considering a fire station bond, and voters in Deary are voting on proposed water system improvements.

Working together to solve the daunting water challenges society faces was the message from the keynote speaker at the 2017 Palouse Basin Water Summit. Idaho Public Radio’s Glenn Mosley reports. (1:25 )

Keynote speaker Patricia Mulroy,  a Senior Fellow at the Boyd School of Law, University of Nevada, Las Vegas, took to the podium just after this clip from President John F. Kennedy was screened as part of a video presentation:

President Kennedy: “Our problems are man-made, therefore they can be solved by man. And man can be as big as he wants. No problem of human destiny is beyond human beings.”

Mulroy said she appreciated the clip being played because she said it was part of her theme this night, as well:

Patricia Mulroy: “At the end of the day it is going to be we humans who are either going to succeed or fail. It is not going to be climate change overwhelming us. And we are going to have to get past ourselves.”

Mulroy has more than 25 years experience in the international water community, and for many of those years she was General Manager of both the Las Vegas Valley Water District and the Southern Nevada Water Authority.

Much of her work now focuses on helping communities in water-stressed areas in the United States and around the world.

She told a full house at the 2017 Palouse Basin Water Summit in Pullman that “water is no longer just a local issue.” She said “going it alone is no longer an option,” and she stressed local, state, national, and international cooperation as key to addressing the world’s water challenges.

About 80 high school students from Washington and Idaho have gathered at the University of Idaho in Moscow today for the 24th annual ‘Women in Engineering Day’ event. 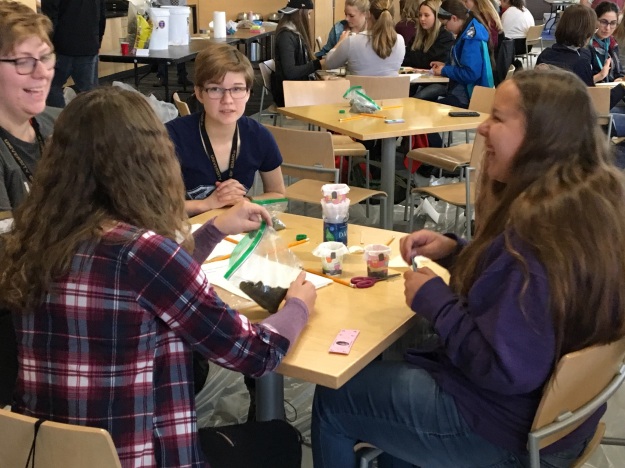 The one-day workshop for women in grades 11-12 is designed to introduce students to opportunities in engineering and computer science.

The hope is to do that through hands-on learning.

In this audio clip, UI sophomore electrical engineering student Christine Page of the Society of Women Engineers explains the clean water challenge the students are working on today. (:29)

The Vandals hope to get back in the win column this Saturday in college football. Idaho Public Radio’s Kavita Battan reports. (:46)

Idaho is on the road this Saturday for its final nonconference game of the regular season, taking on Missouri.

Saturday marks the third all-time meeting between the Vandals and Tigers, and the first time the programs have played since 1963.

Paul Petrino: “I think our guys are very excited to travel, and go play in that atmosphere, play there. We’ve done it before and they’ll definitely be excited to go play on the SEC Network and play to the best of their abilities. They’ll be excited and ready to go for the game, no question.”

Missouri comes into the game 1-5 overall, and 0-4 in the SEC. Missouri quarterback Drew Lock has thrown 17 touchdowns.

Kickoff is set for 9 a.m. PT from Memorial Stadium in Columbia, Missouri.

The total project cost is $2,160,000, paid for through donated and gifted funds and funds provided by the College of Agricultural and Life Sciences.

The new facility will provide office space and work stations for researchers,
principal investigators, graduate students, and interns, along with veterinarian, superintendent, and administrative staff, and will also include a classroom for 120 persons.

Idaho Volleyball closes out a homestand with two matches against the two top teams in the Big Sky South. Sacramento State comes to Moscow in first place and Portland State sits second in the south.

Idaho has split the series with the Hornets with each side having three wins. The Hornets swept the Vandals last year in Sacramento.

The Vandals and Vikings went four sets last season in Portland, with the Vikings winning the match.

Ebadi, born in Iran in 1947, was the first female Nobel Peace Prize Laureate from the Islamic World. She was Iran’s first female judge, and she’s worked as an attorney, as well an advocate for the rights of women and children.

Speaking to reporters through an interpreter at the on Monday, Ebadi spoke of the discrimination and oppression women face in societies all around the world:

Ebadi said concepts such as peace and democracy should be taught to children when they’re very young, and she added that we also have to teach tolerance to our children– to tolerate others who are not like them.

Since 1948, the Borah Symposium at the University of Idaho has featured speakers from all walks of life– reporters, scientists, politicians, notable citizens, and Nobel Prize recipients.

Brandeis University Professor Anita Hill spoke at the University of Idaho in Moscow Wednesday, 26 years after she testified at the U.S. Supreme Court nomination hearing of Judge Clarence Thomas and accused him of  harassment. Idaho Public Radio’s Glenn Mosley reports. (:45)

Idaho Supreme Court Justice Roger Burdick told a capacity crowd at the UI’s Bellwood Lecture in Moscow Wednesday that he has a vivid recollection of watching Anita Hill’s entire testimony before a Senate committee on October 11, 1991. He thanked her for her courage.

Exactly 26 years later, to the day, Hill was at the UI talking before several audiences about that Senate hearing and other topics as a guest of the UI College of Law.

Hill said the country is now in a new era, but she said lessons can still be learned from that 1991 hearing, if we are willing to take the deep dive into a full and complete discussion on issues including race, gender violence, and white nationalism.

idahopublicradio
Create a free website or blog at WordPress.com.